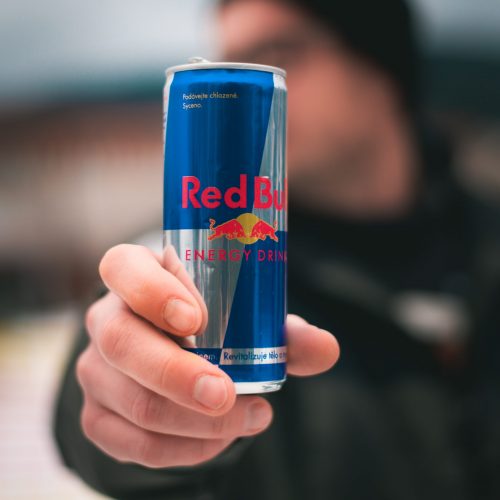 All legal and natural persons (excluding minors, defined as natural persons under 18 years of age as of July 23, 2019) who were residents of Canada (including without limitation any of its provinces and territories) at any time between January 1, 2007 until July 23, 2019 (the “Class Period”) and who purchased and/or used or consumed one or more Red Bull caffeinated energy drinks (“CEDs”) in Canada during the Class Period, excluding the Released Parties (which for informational purposes only is generally comprised of Red Bull and its affiliates, employees, contractors, and other related parties).

Plaintiff alleges that Red Bull used or published certain labelling and advertising material that contained false or misleading information and failed to inform or disclose the alleged health risks associated with consuming Red Bull CEDs. Red Bull completely denies any and all wrongdoing or liability. Plaintiff and Red Bull negotiated and ultimately agreed to the proposed settlement after counsel for all parties extensively evaluated the facts and law relating to this case, and took into account a variety of factors such as the burdens and expense of the lawsuit, and the risk and uncertainty of litigation.

Members of the Settlement Class who do not opt out may qualify for compensation under the proposed settlement.

Although Red Bull denies any wrongdoing or liability, to avoid the distraction of litigation, Red Bull has voluntarily amended and updated its marketing and labeling directed at Canadian consumers and agreed to settle the Action.

Plaintiff and Class Counsel believe that the settlement is in the best interest of the Settlement Class.

As part of the settlement process, the Class Action will be authorized by the Court for settlement purposes only.

The settlement is ultimately subject to the Court’s approval. Compensation will only be issued if the Court grants final approval to the Settlement and after the time for appeals has ended and any appeals are resolved. Please be patient.

Red Bull has agreed to pay the total amount of $850,000 (the “Settlement Fund”) to settle the Action. If the proposed settlement is approved, the Settlement Fund will be used to: (a) compensate Settlement Class Members who timely submit valid Claim Forms; (b) pay all costs and expenses related to the settlement including without limitation the costs of the Claims Administrator (as defined in the Settlement Agreement) and Plaintiff’s Class Counsel’s fees (not to exceed $250,000 plus applicable taxes, plus Class Counsel costs and disbursements not to exceed $15,000 (subject to the Court’s approval); and (c) pay the Plaintiff an honorarium of $5,000 (subject to the Court’s approval).
Only Settlement Class Members may qualify to receive compensation under the proposed settlement as described in this Notice.

How to qualify for compensation

Settlement Class Members will be able to submit claims for compensation for a period of thirty (30) calendar days (the “Claims Period”) until the Claim Form Due Date (to be determined by the Court). To participate, you must sign up to receive notice of the Claims Period by submitting your e-mail address on the Settlement Web Site https://www.energydrinksettlement.ca by no later than 5:00 PM Eastern on October 14, 2019. The Claims Administrator will send an e-mail to the e-mail address you provide alerting you that the Claims Period is open and advising you of the Claim Form Due Date.

In order to receive any compensation from the settlement, a Settlement Class Member must have a valid e-mail address and a bank account capable of receiving payments via Interac e-transfer, as e-transfer is the only method through which compensation will be sent. Compensation can only be collected for a period of thirty (30) days after the e-transfer is sent.